Al Shabab Says It Attacked Kenyan Base Used by U.S. 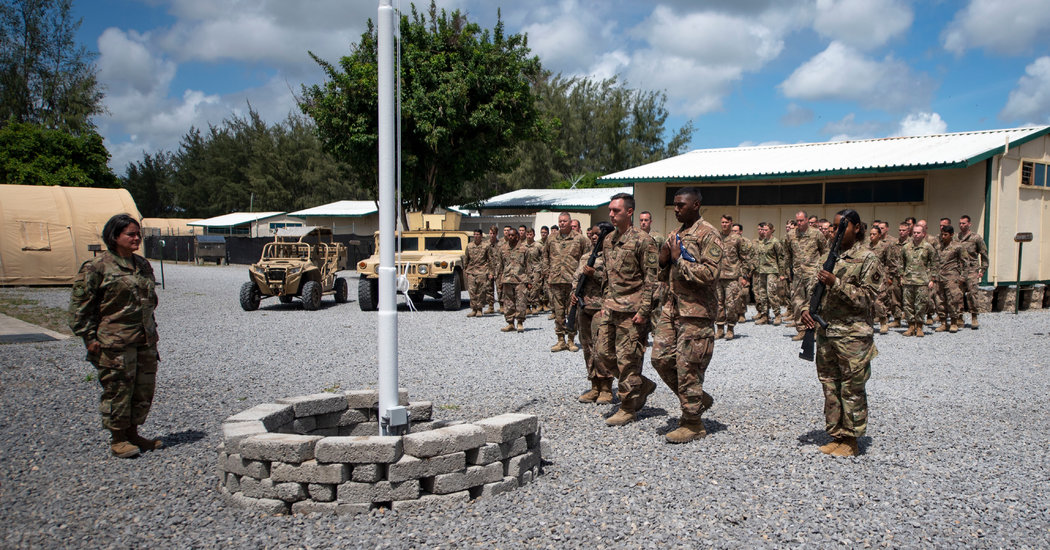 NAIROBI, Kenya — Al Shabab, the Somali terrorist group, on Sunday attacked a military base in Kenya that is used by both American and Kenyan forces, the militants said.

The group said in a statement that it had carried out a dawn raid on Camp Simba, across the Somali border in southeastern Kenya.

“There was an attack, but they have been repulsed,” Irungu Macharia, the commissioner for Lamu, where the base is situated, told Agence France-Presse. The official did not say whether there had been any casualties.

In a statement, the Kenya Defense Forces said that “four terrorists” had been killed. The military said that the insurgents had unsuccessfully tried to breach an air strip.

The United States military’s Africa Command acknowledged the attack in a message on Twitter but did not immediately provide details.

Al Shabab, which is linked to Al Qaeda, has been fighting to overthrow the weak Somali government.

It was suspected in an attack late last month that killed 79 people in the Somali capital, Mogadishu.

The group has proved resilient even as it has lost territory and faced increasing airstrikes by the United States. Over the past few years, Al Shabab has killed hundreds of people in attacks at home and in Kenya, and assaulted an American military base outside Mogadishu.

A car bomber and a group of gunmen struck the air base in that attack, in late September. Africa Command reported that no one was killed or injured in the strike.