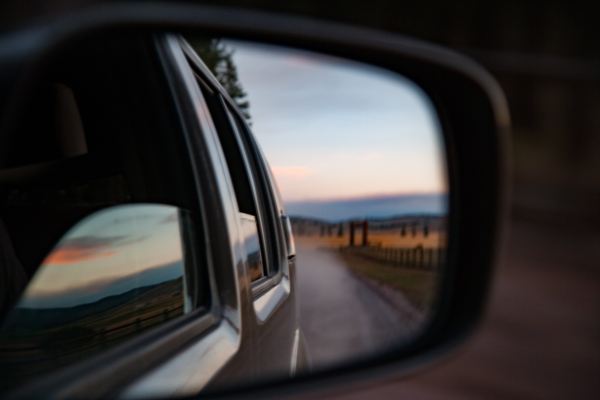 If 2018 was when the industry was shocked into sobriety, 2019 would be a year when pragmatism and the challenges of trying to develop and scale a technology got a lot more real. The upshot: the industry is in the midst of its adolescent years, where change can occur suddenly, causing confusion and awkward encounters. It’s a time when others develop far faster than their peers.

And this coming year promises some of the same.

Cracks in the autonomous vehicle industry — concealed by quixotic zeal and a seemingly bottomless bucket of venture and corporate capital — became too conspicuous to ignore in the opening months of 2018.

A high-profile trade secrets case that pitted Waymo against Uber revealed a cutthroat and reckless side of the burgeoning industry. Just a few weeks later, a self-driving Uber vehicle killed a pedestrian while testing on public roads in Tempe, Arizona, leading Uber to immediately halt all testing. And while other companies only temporarily paused testing of their own, the incident cast a pall over an industry that aspires to make roads safer.

Flashy self-driving car demos slowed to a trickle and some grumbled to TechCrunch about raising capital. Timelines for commercial deployments of robotaxis got fuzzier. Research and advisory firm Gartner released its annual Hype Cycle chart and autonomous vehicles were shown entering into the trough of disillusionment.

And so the chatter and announcements at CES 2019 — the giant tech show held each January in Las Vegas — shouldn’t have surprised anyone. It did anyway. Suddenly, or so it seemed, buzz words weren’t “driverless” and “robotaxis,” they were “safety” and “advanced driver assistance systems,” a less-capable level of automation that is found in new sedans, SUVs and pickup trucks.

This renewed focus on ADAS, along with flurry of partner-swapping, strategic deals and the beginning of consolidation in the industry would be the overarching themes in 2019. This year, with CES 2020 just days away, the ADAS love story will continue along with consolidation and a slow march towards limited robotaxi deployment.

Nvidia CEO Jensen Huang set the stage for one of the themes at CES and the rest of 2019 when he introduced a Level 2+ system called Nvidia Drive AutoPilot. The new product was introduced as a reference platform that automakers and suppliers like Continental and ZF would be able to use to bring more sophisticated automated driving features — not full self-driving — into their production vehicles.

The reveal felt like whiplash to some industry watchers.

Just two years before, Jensen was on the CES stage touting how Nvidia’s tech would lead to Level 4 autonomy by 2020. Level 4 is a designation by the Society of Automobile Engineers (SAE) that means the vehicle can handle all aspects of driving in certain conditions without human intervention. Level 2 systems, in which two primary functions are automated, still have a human driver in the loop at all times.

“The idea of full autonomy went a bit behind the curtain in 2019 and ADAS took more of center stage,” Jeremy Acevedo, senior manager of insights at Edmunds told TechCrunch in a recent interview.

Nvidia was hardly alone. The shift was driven partly by technical and regulatory challenges for self-driving car developers. It was also in response to demand from automakers looking for nearer-term solutions that would improve the technical capabilities of consumer passenger vehicles.

It was a vindication of sorts for Intel, which had spent more than $15 billion back in 2017 to acquire Mobileye, a leading automotive developer and supplier of sensor systems that help prevent collisions. Mobileye, which operates as a subsidiary within Intel, believes that Level 4 or Level 5 (completely driverless in any and all conditions) can’t be reached without going through lower levels of automation first.

“You started to see a lot of Level 2+ kind of talk from players that were looking at platforms that were supposed to be for full autonomy now being repurposed for higher end ADAS,” said Jack Weast, a senior principal engineer at Intel and vice president of autonomous vehicle standards for Mobileye. “I think it was both a reflection of the realization that ‘hey, this is a little harder than we thought, to make something good enough to remove the human,’ and public perception.”

As a result, Weast thinks 2020 will be the year that ADAS-equipped vehicles will become the new normal. Customers will become more familiar with automated driving technology, which will hopefully lessen fear around fully autonomous vehicles, Weast added.

There’s already evidence that this has started. Consumers are opting to pay more for driver assistance and other “content” features in vehicles, according to Edmunds’ Acevedo.

And that’s been a boon for suppliers. Bosch generated 2 billion euros in sales from driver assistance systems in 2019, a 12% increase from the previous year, according to Kay Stepper, vice president at Bosch who heads the company’s driver assistance and automated driving regional business unit.

“That doesn’t even include what we’ve seen a renewed interest in, which is the Level 2 and Level 3 systems that will be rolled out in the next several years,” Stepper said.