After 12 Years, Arrest Made in Abduction of Former Times Journalist David Rohde 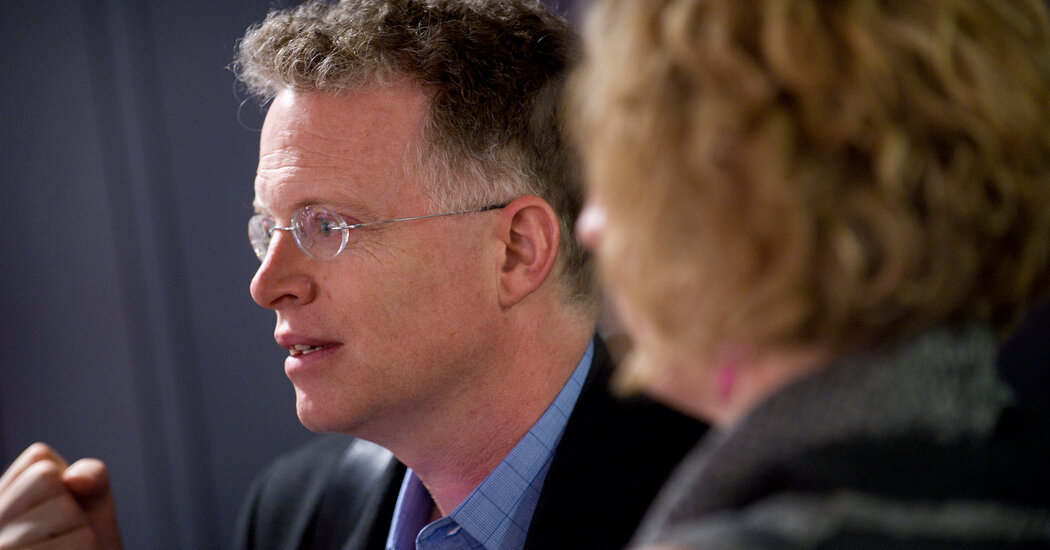 Twelve years after a New York Times journalist and two others were taken hostage at gunpoint in Afghanistan and held for more than seven months, an Afghan man has been arrested and charged in the kidnapping, federal authorities said on Wednesday.

The man, Haji Najibullah, who has been described as a former Taliban commander, was ordered detained by a federal magistrate judge in Manhattan on Wednesday.

The journalist, David Rohde, as well as an Afghan journalist, Tahir Ludin, eventually made a desperate nighttime escape in June 2009 from the second floor of a Taliban compound in North Waziristan, in Pakistan’s tribal areas, that included dropping down a high wall with a rope and making their way to a Pakistani militia post. The third hostage, Asadullah Mangal, their driver, did not escape with them but managed to flee five weeks later.

The circumstances of Mr. Najibullah’s capture and arrest were not described in a news release issued along with the indictment, but it said he had been transferred to the United States from Ukraine.

Mr. Rohde declined to comment on the news of Mr. Najibullah’s arrest.

The indictment unsealed on Wednesday is dated 2014, which shows that the authorities had maintained it under seal until they were able to carry out Mr. Najibullah’s arrest.

“Najibullah’s alleged reprehensible actions over a decade ago earned him a flight to the U.S. yesterday,” William F. Sweeney Jr., the head of the F.B.I.’s New York office, said on Wednesday.

Audrey Strauss, the acting U.S. attorney in Manhattan, added that Mr. Najibullah’s prosecution “shows that law enforcement will never stop in our mission to hold accountable those who commit violent crimes against American citizens.”

Mr. Rohde, Mr. Ludin, who was assisting Mr. Rohde as an interpreter, and Mr. Mangal were abducted on Nov. 10, 2008, outside Kabul during a trip on which Mr. Rohde was to interview a Taliban commander in Logar Province, south of Kabul.

Mr. Rohde has written that the commander he was to interview was called Abu Tayeb, which the indictment says was an alias used by Mr. Najibullah.

Mr. Ludin, in an interview with The Times after his release, said that the commander had granted previous interviews to foreign journalists and had built a degree of trust. Mr. Ludin said the commander had betrayed that trust by directly orchestrating the kidnapping.

After their abduction, Mr. Rohde and the two other hostages, escorted by a half-dozen armed guards, were forced to hike across the border from Afghanistan to Pakistan, the indictment said.

The kidnappers ordered the hostages to make calls and videos seeking help, the authorities said.

At one point, Mr. Najibullah ordered Mr. Rhode to call his wife in New York using a satellite phone, and another time, Mr. Najibullah recorded a video of Mr. Rohde begging for help while the barrel of a machine gun was pointed at his face, according to the indictment.

Mr. Najibullah, whose first name also has been spelled Hajji, was identified in a 2014 Times article as the nominal leader of Feday-e-Mahaz, which has been described as a radical offshoot of the Taliban. In 2014, the group claimed responsibility for the killing of Nils Horner, a Swedish journalist in Kabul.

Mr. Najibullah was still affiliated with the Taliban during the abduction of Mr. Rohde and his colleagues, though he appears to have later broken away after the Taliban acknowledged that they were exploring the possibility of holding peace talks, The Times reported.

Mr. Rohde, in a series of articles after his release, said he was traveling with his two colleagues to see a Taliban commander who had invited him for an interview when armed men surrounded their car.

“Tahir and Asad were ordered out of the car. Gunmen from a second vehicle began beating them with their rifle butts and led them away. I was told to get out of the car and take a few steps up a sand-covered hillside.”

“While one guard pointed his Kalashnikov at me, the other took my glasses, notebook, pen and camera. I was blindfolded, my hands tied behind my back. My heart raced. Sweat poured from my skin.”

Mr. Rohde wrote that five weeks after he and Mr. Ludin escaped, the third hostage, Mr. Mangal, fled after a guard left him alone and he was able to make his way to the Afghan border.

The indictment also charged two other men, who apparently remain fugitives. One was identified as Timor Shah, and described as the head guard of the three hostages during the last six months of their captivity. The other, Akhund Zada, was described as one of the armed guards who forced the hostages to hike across the border into Pakistan after their abduction.

Throughout the ordeal, until word of Mr. Rohde’s escape, the Times sought to keep the abduction secret, concluding that not reporting on it would lessen the risk to the lives of Mr. Rohde and the others. The Times persuaded other news organizations not to report on the abduction as well, and even managed to keep it off the Wikipedia website.

Mr. Rohde, who is now executive editor for news of newyorker.com, is a two-time winner of the Pulitzer Prize. Besides The Times, he also has worked for Reuters and The Christian Science Monitor, and he covered the wars in Afghanistan and Bosnia.

The possibility of abduction — and perhaps death at the hands of the abductors — has been one of the biggest risks confronting journalists covering the wars that have punctuated the Middle East and Afghanistan for the past two decades.

Besides Mr. Rohde, former Times journalist Stephen Farrell was held in Afghanistan for four days in September 2009. A few years later, Mr. Farrell along with three other journalists working for The Times — Anthony Shadid, Tyler Hicks and Lynsey Addario — were held for six days in Libya during the uprising against Col. Muammar el-Qaddafi.

Syria has been especially dangerous. James Foley, a freelance journalist for GlobalPost, an international news website, was abducted in Syria by Islamic State militants in 2012 and killed in 2014. Austin Tice, a freelance journalist who had contributed to the Washington Post, McClatchy and other news organizations, was believed to have been abducted in Syria in 2012. His parents have said they believe he is still alive.