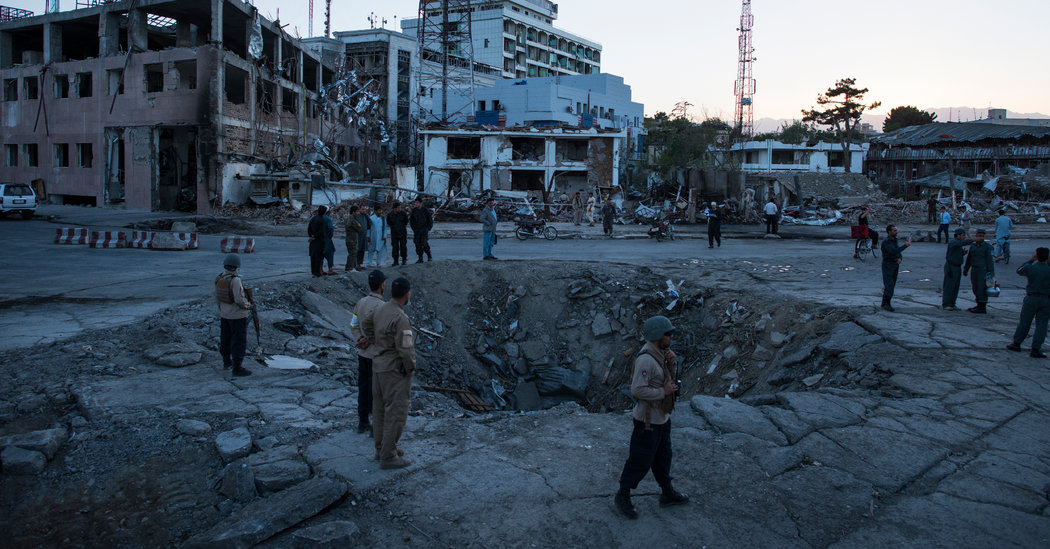 KABUL, Afghanistan — The intelligence agency said Saturday that Afghan special forces had arrested a Taliban operative responsible for two major attacks in Kabul. And in a separate operation, agents apprehended a university professor who they described as a top recruiter for the Islamic State.

In a statement, the Afghan National Directorate of Security said the Taliban operative, Mohammad Sharif, was the mastermind behind a horrific truck bombing that killed 150 people in Kabul’s diplomatic area in May 2017. He was also accused of planning a suicide bombing last November that killed five employees of a multinational security company.

Officials said Mr. Sharif had studied at a madrasa in Quetta, Pakistan, where the Afghan Taliban leadership is based. He was arrested along with two Taliban members accused of helping in the two attacks, intelligence officials said.

There have been relatively few terrorist attacks in Kabul in recent months, due in part to a major security sweep of the capital by the intelligence agency and the Afghan security forces, backed by American military advisers.

The May 2017 truck bombing devastated the central area of Kabul near the presidential palace and foreign embassies, wounding 300 people. The truck exploded at the peak of rush hour, when the streets were packed. The German Embassy was badly damaged, and some of its staff members were injured. The Japanese and Pakistani Embassies said some of their staff members were also wounded.

In the November 2018 attack, the Taliban struck a compound in Kabul used by the multinational security company G4S, wounding 32 people. A suicide bomber breached the compound’s defenses and four attackers held out inside for 11 hours before they were subdued by the police. Officials said 194 foreigners and 36 Afghans survived after hiding inside a safe room in the compound.

In the other case, the intelligence agency accused Abu Obaidullah Mutawakel, a university professor and imam at a Kabul mosque, of recruiting hundreds of young men for the Islamic State and sending them to Nangarhar Province, a stronghold for the group. A nephew of the professor carried out a suicide attack in Kabul two months ago, the agency said.