A Norwegian Air Jet Landed in Iran 4 Weeks Ago. It Can’t Leave Yet. 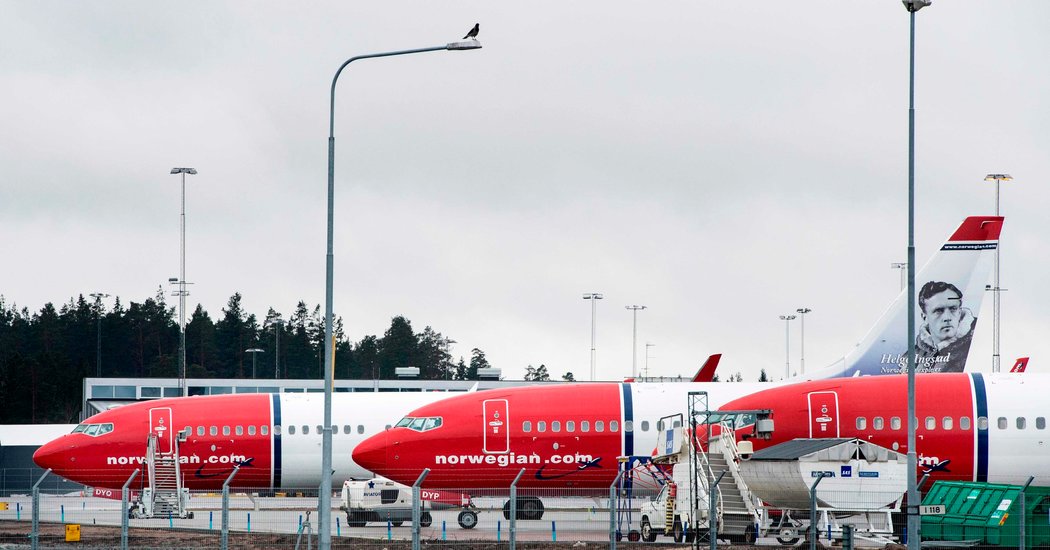 LONDON — When a technical error forced a Norwegian Air jet to land at Shiraz Airport in Iran last month, the Boeing 737 touched down in uncharted territory.

The airline, known for cheap long-haul flights from Europe, does not have a base in Iran. It had never flown there before. And nearly a month after it left Dubai, the brand-new American-made jet, delivered to Norwegian Air only in October, was still sitting in Shiraz.

The jet appeared to be caught up in United States sanctions on Tehran’s nuclear program that prohibit civilian aircraft sales, including services and parts. Those came into force again last year after President Trump withdrew from the 2015 nuclear deal that had eased punitive measures in return for verifiable pledges of peaceful nuclear work.

A technical error in one of the engines prompted the landing on Dec. 14, a spokesman for Norwegian Air said by phone on Tuesday, and the 186 passengers and six crew members on board were unharmed. They spent the night in Iran and flew to Oslo the next day.

But things are more complicated for the plane. The spokesman said that Norwegian Air had never before dealt with regulations on the ground in Iran, and that the paperwork for anything from getting engineers to spare parts was taking longer than usual. He did not give an estimate of when the plane might take off again.

The case has highlighted the extent of sanctions imposed on Iran’s civilian aviation. The country’s airlines have been flying an aging fleet of Western aircraft, some secondhand and purchased clandestinely from third countries.

The export restrictions apply to any company that wants to sell or resell goods to Iran that contain more than 10 percent aviation parts or technology from the United States, said Anahita Thoms, a lawyer who specializes in trade issues at Baker McKenzie in Düsseldorf, Germany.

That’s tight enough to cover not just American manufacturers like Boeing, but also planes from Airbus in Europe and Sukhoi in Russia.

“There is no getting around the U.S. sanctions,” Ms. Thoms said, referring to Norwegian Air’s issue. “Let’s assume they need a spare part and that spare part contains more 10 percent U.S.-origin goods, or technology — that would require a U.S. license.”

And under the Trump administration, she said, getting such a license could be a battle.

When sanctions on the nuclear program were lifted in 2016, the United States granted Boeing and Airbus licenses to sell aircraft to Iran. Those licenses were canceled when the sanctions were restored.

Airbus delivered three planes, but for now has lost out on most of a $19 billion order from Iran Air, the national carrier. Boeing agreed to sell 80 passenger jets to Iran Air but never began building them.

A small European manufacturer of regional jets, ATR, part-owned by Airbus, also delivered 13 planes and was lobbying the United States to be allowed to sell more.

Iran would welcome any company able to provide its flag carrier with the new planes it needs. “We even have gone after planes such as Sukhoi 100 or planes made by non-European countries,” the chief executive of Iran Air, Farzaneh Sharafbafi, was quoted as saying last year on Iran’s Roads Ministry website, according to Reuters.

Sukhoi has said that it “continues to reduce the number of foreign components” it requires for its Superjet 100, a narrow-body regional aircraft, and that is working on a new version. It said it had applied for a license to export the current version, built with more than 10 percent of components from the United States, but has not received a response.

Experts agreed that Norwegian Air’s misfortune was a rare example of the severity of the sanctions.

Many Western airlines routinely fly over Iran, considered a safe airspace in the region, but few international companies operate out of its airports. British Airways, Air France and KLM restarted flights after the 2015 deal, but suspended their routes to Tehran last year. British Airways said the route was not commercially viable.

“It’s an example of how this sort of sanctions is a dampener on safe international aviation,” said Andrew Charlton, managing director of the consulting firm Aviation Advocacy.

Mr. Charlton said flying in Iran worked like driving in Cuba. “Their options are to repair every part they have, to come up with their own parts,” he said. “They’ve had to become self-reliant.”