A former Bessemer Venture Partners principal just closed his own $30 million fund, and here’s how 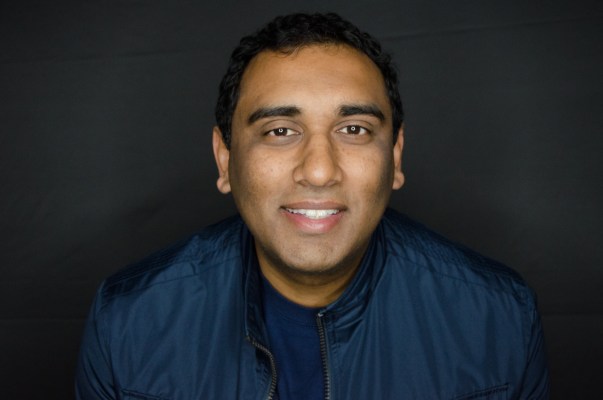 Sunil Nagaraj, who’d studied computer science as an undergrad at UNC Chapel Hill, landed two pretty nice gigs after deciding to pursue an MBA at Harvard Business School. First, he founded a venture-backed company called Triangulate — though he recognized when it was time to shut it down two years later. He then wound up working as a principal for Bessemer Venture Partners, a top-tier venture firm with locations around the world.

Nagaraj helped source a number of deals at the firm over the next six years, too, investments that made him proud, like bets on the identity platform Auth0 and the space startup Rocket Lab, for example. But he was itching to meet with even younger companies, and he was itching to strike out on his own. So in the summer of 2017, he did, and now, 18 months of so later, Nagaraj says he has finally closed his debut fund with $30 million.

The name of the firm is Ubiquity Ventures, and its focus is on “software beyond the screen,” says Nagaraj, pointing to one investment, New Zealand-based Halter, as an example of what he means. How it works: with the help of a solar-powered, GPS-enabled neck band for cows, Halter’s app allows farmers to remotely guide their herds when it’s time for the animals to milked. Its software also keep the cows out of rivers and drains by creating virtual fences and can detect when cows are in heat or about to give birth, among other things.

We asked Nagaraj last night about leaving Bessemer, and what he has learned that other aspiring VCs — as well as current VCs who aspire to leave their firms — might learn from his path. Our chat has been edited for length.

TC: You had a plum gig at Bessemer. Why leave it?

SN: I learned everything I know about venture investing from the team at Bessemer, especially from working alongside [partner] David Cowan . . But even though Bessemer’s large fund size and robust team provide enormous support and rigorous processes, that can be the wrong fit for very early seed capital and nascent technical sectors with uncertain outcomes. There are certain things I treasure about my new role that wouldn’t have been possible at any large firm, including spending one day each week coding and nerding out on new technologies.

TC: What gave you the confidence to bounce?

SN: There’s never a moment where it feels comfortable or rational to jump. Every founder of a startup or VC firm rolls their eyes when they hear someone say “I would jump for the right opportunity.” For me, I was in the midst of uncovering my inner nerd and beginning to see some of my investments take off, and those things, combined with some inspiration from the OG wave of single GP firms — and Manu Kumar at K9 Ventures in particular — got the ball rolling.

TC: Who wrote your first check who was not a family member?

SN: David Cowan. Next was John Hollar, CEO of the Computer History Museum for the last 10 years. (He stepped down last year.) We’ve known each other since 2009, when I arrived in the Valley and launched the Computer History Museum NextGen Board. He was a reference for VCs when I raised venture capital as an entrepreneur in 2010 and his confidence in Ubiquity was a critical jump start.

TC: What was the hardest check to land?

SN The hardest capital to raise was institutional capital. Institutional investors like universities and pension funds tend to be savvier and have their pick of the litter, so I feel fortunate to have both categories of investors in my debut fund. Understandably, there are many hurdles to clear on track record, references, and portfolio construction for an institutional investor to commit to a new fund.

TC: You’ve already made nine investments, so presumably you were investing as you were getting your capital commitments. How much of the fund is left?

SN:  Yes, I have been investing since my first closing at the end of September 2017. I can’t say exact numbers, but Ubiquity is on schedule with capital deployment. Levl, which prevents the spoofing of wireless devices, and Eclypsium, which protects software in the real world from malware, were my first two investments; I made both in October 2017.

TC: How many companies do you anticipate funding altogether with this first fund?

TC: What happens if a company like Halter takes off and you want to continue funding it? Is the plan to use SPVs? AngelList?

SN: I have a healthy capital reserve for follow-on funding. After that, my priority is to ensure my LPs have access, likely via SPVs.

TC: Does Ubiquity have a geographic focus?

SN: Two portfolio companies are in the Pacific Northwest, another splits its time between Palo Alto and Israel, three more are in Palo Alto, and two are in Pasadena. Then there’s Halter in New Zealand. It’s not a total accident that zero are in San Francisco itself. My focus on software beyond the screen, deeply technical founders, and reasonable valuations hasn’t uncovered any SF investments so far.

TC: Are you price sensitive? What did you learn about this at Bessemer?

SN: Price matters to anyone buying anything. There’s a pervasive belief that a few companies make up all the returns in the Valley, so you shouldn’t worry about price if you have a winner. This may be true when looking retrospectively, but it’s sloppy thinking to apply when it is impossible to know if your current deal will be one of the massive winners. Also, high prices and pricing a deal to perfection too often results in down rounds and a messy aftermath for founders. My time at Bessemer allowed me to see so many good and bad startup outcomes, where price discipline only helps.

TC: How much traction does a startup need to have to get a check from you?

SN: Zero. I’m looking to back founders who are technical, know their problem space cold, and are going after a problem that fits tightly with Ubiquity’s thesis of software leaping off the screen and into the real world around us. I meet technical experts pre-idea, as well as founders with early products. My investments rarely have revenue when I invest,  but they should by the end of their seed runway.

TC: How much of an ownership stake are you targeting?

TC: What’s harder about starting your own firm than you anticipated would be the case?

SN: I wrongly believed that launching a venture firm would be similar to launching a startup. In startup fundraising, VCs are evaluating a specific product/market/customer. They have a very compressed time frame to decide. And they have monthly board meetings to provide regular input and even trigger changes.

With VC firm fundraising, their own investors have no concrete data about the future investments that will eventually populate the fund.  They’re on the receiving end of quarterly updates. And they’re called “limited” partners because they exercise no authority over investment decisions. The two worlds couldn’t be more different. As a result, LPs are charged with a much trickier decision and have a much deeper diligence process to make what amounts to a 10-year commitment.

TC: Anything easier than you’d guessed it would be, striking out on your own?

SN: Having no overhead allows me to focus 100 percent of my time on startups. It is more wonderful than I imagined.