A First Date for Two Rare Tigers Ends in Death 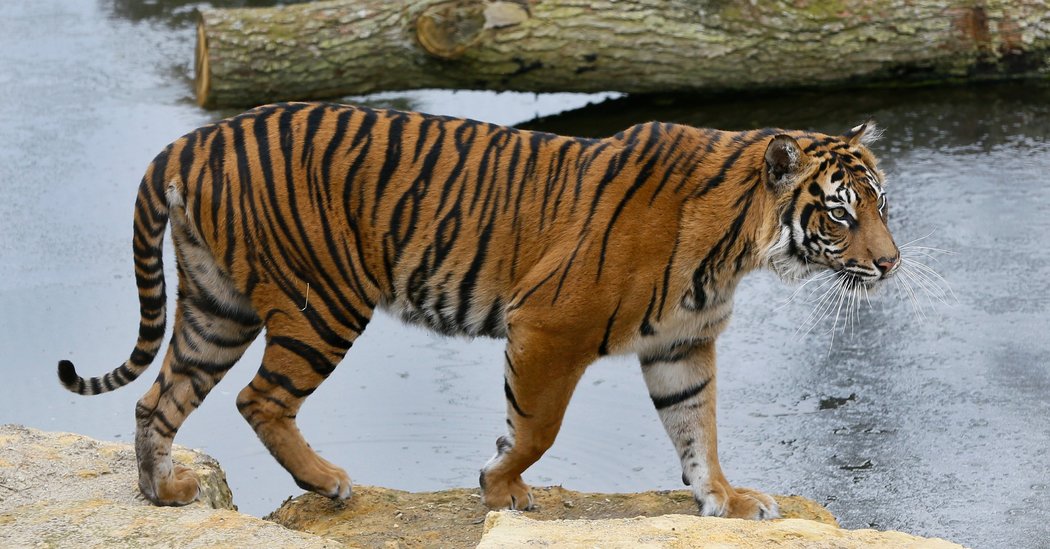 LONDON — The courtship went on for 10 whole days. They were kept apart, but tantalizingly close so that each could see, hear and smell the other.

When the matchmakers believed that the time and the place were right — Friday at London Zoo — the rare Sumatran tiger called Asim and a female named Melati were put in the same enclosure together.

He promptly killed her — moments after they were introduced for the first time.

The animal’s handlers scrambled in vain to intervene, the zoo said, “using loud noises, flares and alarms to try and distract the pair, but Asim had already overpowered Melati.”

Keepers eventually were able to shepherd Asim into a separate paddock so that they could safely get to Melati, the zoo said. Vets then confirmed that she had died.

“Everyone at ZSL London Zoo is devastated by the loss of Melati, and we are heartbroken by this turn of events,” the zoo added in a statement.

Melati was 10 and had been a longtime resident of the zoo. Asim, age 7, arrived from Ree Park Safari in Denmark on Jan. 29 with an announcement that trumpeted “New stripes in town.”

The head tiger keeper, Kathryn Sanders, described Asim as “a handsome, confident cat who is known for being very affectionate with the ladies in his life — we’re hoping he’ll be the perfect mate for our beautiful Melati.”

The match was organized as part of a Europe-wide conservation program for Sumatran tigers, an endangered subspecies. The Sumatran tiger is found in the wild only on the Indonesian island of Sumatra, and the World Wide Fund for Nature says that fewer than 400 exist today, down from an estimated 1,000 in 1978.

The zoo was optimistic about the two animals getting along, saying: “It’s early days but we’ve already seen some good signs — there has been lots of ‘chuffing,’ which is a happy sound they make to let each other know they have good intentions.

“It’s fantastic to see that they’re interested in each other already.”

The tigers were placed in the same enclosure after “careful monitoring,” the zoo said, in which experts “observed obvious positive signs, and felt it was the right time.” It added,

“As with all big cats, introductions, however carefully planned, are always considered to be high risk.”

The animals “were initially cautious,” but then the introduction “quickly escalated into a more aggressive interaction.”

The tiger section was shut on Friday and keepers were focused on caring for Asim.

The zoo, in Regent’s Park in London, dates to the 1800s and houses more than 20,000 animals. It describes itself as the world’s oldest scientific zoo, is estimated to receive more than a million visitors each year and has seen tragedy before.

In 2017, a fire broke out in the Animal Adventure section, killing a 9-year-old aardvark named Misha and leaving some staff members suffering from smoke inhalation.

Half a petting zoo and a gift shop and cafe were destroyed, according to the London Fire Brigade. Four missing meerkats were presumed dead.