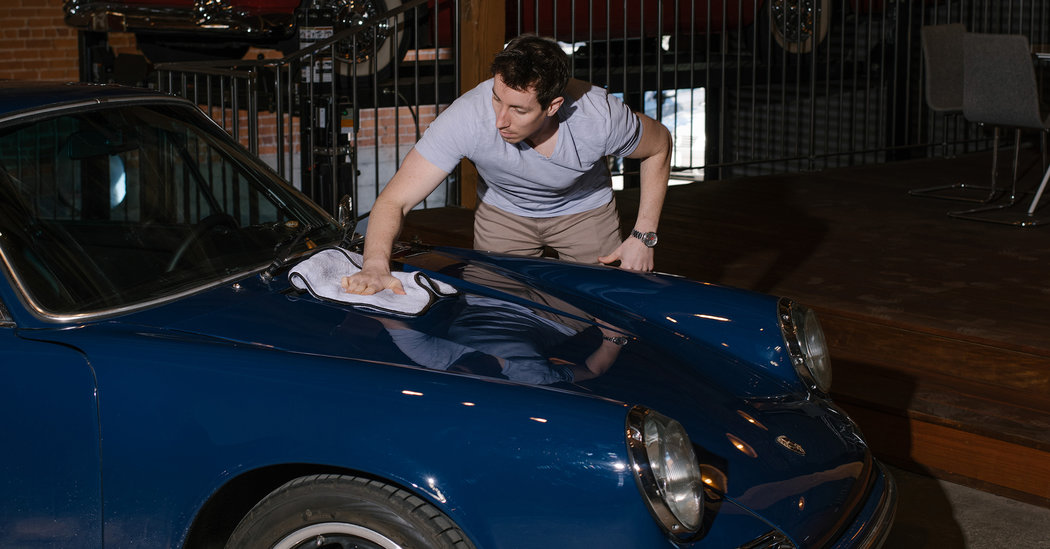 To less experienced eyes, the Lilliputian vehicle might have seemed an unlikely prospect for auction stardom. After all, the ancient Austin Mini lacked doors, side windows or even a radio. It sat on tiny 10-inch wheels, offered occupants only hard wicker seats and was powered by a petite, motorcycle-size engine.

But Mary Falvey, whose father was a prominent Michigan dealer and distributor of European cars, knew better. The Mini had been in her family since it was built 57 years earlier. Part of a British Motor Company promotion to increase Americans’ interest in small cars, the vehicle — still in original condition — was one of only 14 made.

“It had charm, rarity and a role in automotive history,” she said.

Ms. Falvey might have offered the vehicle through a traditional auction house or, perhaps, at an established storefront dealer. Instead, she listed the Mini online with Bring a Trailer, a fast-growing website that now counts two million monthly visitors and 100,000 registered bidders.

Known informally as “BaT” and housed in a former brick warehouse in San Francisco’s Potrero Hill district, the site had a banner year in 2019. Total sales topped $230 million, a 41 percent jump over 2018. About 11,000 vehicles were listed — as many as 275 a week — and about 70 percent of them sold through, said Randy Nonnenberg, the site’s chief executive and founder.

Ms. Falvey’s Mini was among them. She remembers tooling around with college friends in swimsuits in what her family — and the Mini’s maker — affectionately called “the Beach Car.” Still, “the time had come for the last act of my history with the car,” said Ms. Falvey, who provides strategic advice to start-ups and lives in San Francisco.

Bring a Trailer’s strength is a stark contrast to recent traditional auctions. At last year’s Monterey Car Week in California, considered a bellwether for classic cars, sales slid 34 percent from 2018, according to Forbes. Average high bids came in 16 percent below low estimates, and sell-through rates dipped into the 50 percent range. In one embarrassing episode, an ultrarare 1939 Porsche had apparently reached $70 million, only to be revised down to $17 million because of confusion during bidding. The car finished unsold.

“It’s clear we have a collector car market that’s cooled from the highs of the previous decade,” reported Hagerty, a firm that insures and tracks the value of collectible vehicles.

Mr. Nonnenberg began blogging about cars that were listed for sale online in 2007, the year he turned 30. “It started as a hobby,” he said. Working in San Francisco as a BMW product engineer at the time, he surfed the web at night, keeping an eye out for “something cool on eBay or Craigslist or in car club ads.”

Sellers whose vehicles were sold on his blog sent the fledgling start-up a small check and closed the deal with an online handshake. “It wasn’t a very buttoned-up operation,” Mr. Nonnenberg said.

Even so, the site’s clicks, comments and buyers grew. “We separated ourselves by careful selection,” Mr. Nonnenberg said. “We made sure every car was interesting.”

Early on, its vibrant and knowledgeable community of unpaid commenters set Bring a Trailer apart from rivals like eBay. For example, Mike Baum, by day a Microsoft executive in Los Angeles, frequently weighs in about the cars he knows best — early Porsches, vintage Citroens and “funky coach-built Italian models.”

“I’ve been a nerd for classic cars since I was a kid,” Mr. Baum said. As a BaT commenter, “I try to keep conversations from going down a rathole,” he added. “Who cares if a door handle is perfectly chromed? Let’s bring the discussion back to what’s really important about that particular car.”

Comments often set off long discussions about a car’s attributes and shortcomings. The community’s informed dialogue helps persuade bidders to pursue vehicles they have never seen in person, much less test driven, a factor Mr. Trenery cites as a key change in the collector car marketplace.

Auctions are overseen by Howard Swig, a partner in the business. Before being accepted for listing, however, all cars must pass careful scrutiny — a process Mr. Nonnenberg calls “curation.” Is the mileage accurate and ownership history known? Can a prospective seller provide a record of repairs? Does the vehicle possess rare or unusual features? Can the owner supply detailed photographs?

Sometimes an employee’s research uncovers a factual gem. For example, Beck Diefenbach, one worker there, learned that a single right-hand-drive version of the Beach Car had been presented to Queen Elizabeth, increasing the model’s appeal.

The site’s fees start at $99 for a basic listing. The Premium Service is capped at 5 percent of a car’s final price, or a maximum of $5,000. Optional “White Glove” treatment adds professional photography, detailing and extra help with the not-too-flowery writing. The most expensive car sold on the site — a 1956 Mercedes 300 SL Gullwing that went for $1.2 million in December — cost the seller less than 1 percent of its final price.

By comparison, typical expenses at traditional auctions may entail upfront fees, as well as both buyer and seller premiums based on a car’s hammer price.

“There’s little reason to take an under-$1 million vintage vehicle to a traditional auction house anymore,” said Mr. Baum, who recently sold a 1968 Lancia coupe on Bring a Trailer.

Even storefront dealers like Fantasy Junction in California now list cars on the site. Last year, the firm recorded nearly $3 million in Bring a Trailer sales, including a 1987 Porsche racecar that went for $960,000.

“These sales,” Mr. Trenery said, “dispel any notion that BaT is just a social media site geared toward lower-end cars.”

Standard listings expire in seven days; a Premium Service car may remain on the site for up to three weeks. To help ensure a fair chance for all potential buyers, BaT requires that at least two bid-free minutes pass before it officially ends a sale. As the clock ticks down, bidding often grows in intensity and comments become more animated.

“He told me I could come drive it anytime,” Ms. Falvey said. “Bring a Trailer made saying farewell a nice experience. I felt like I was sending my baby to a good home.”