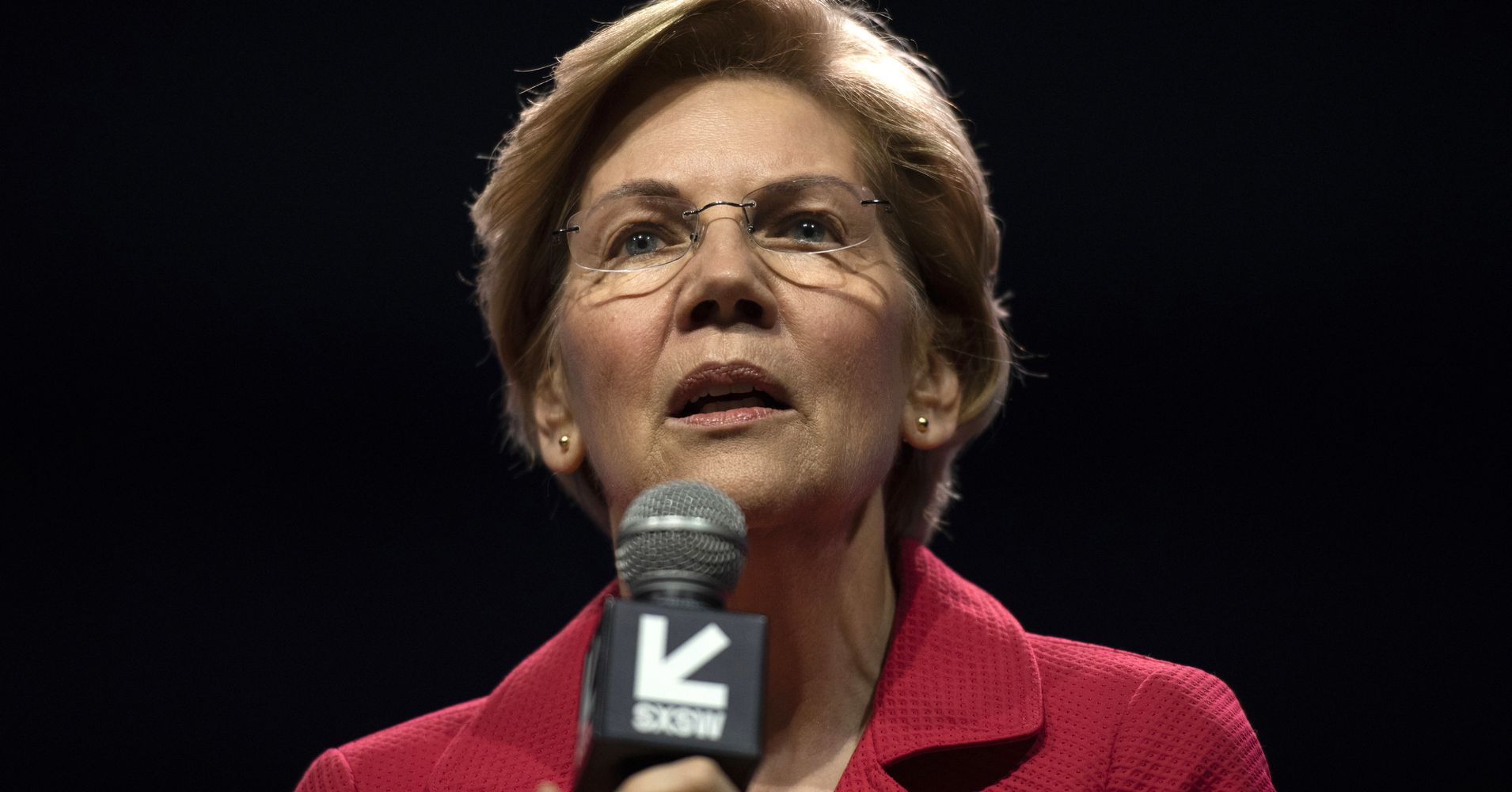 Before Elizabeth Warren became known as Massachusetts’ outspoken Democratic senator and long before she was running for president, she was writing books about money.

Warren spent years as a lawyer specializing in bankruptcy before becoming a Harvard law professor and then devoting her time fully to politics. So it’s safe to say she knows the topic.

Warren and her daughter Amelia Warren Tyagi, a financial consultant with an MBA from the Wharton School at the University of Pennsylvania, co-wrote “The Two-Income Trap” in 2003, which sought to explain why so many middle-class families struggle financially. It became a best-seller, and the pair soon followed up with “All Your Worth: The Ultimate Lifetime Money Plan,” a book that outlines six steps for eliminating your financial woes largely based on the 50/30/20 budgeting rule.

There’s debate as to whether Warren actually invented the 50/30/20 rule, but she certainly popularized it with “All Your Worth.” However, while her budgeting system is the core of this book, there are other important takeaways, too, that often challenge common personal finance beliefs.

Here’s a look at some of the important ― and unexpected ― lessons found in “All Your Worth.”

1. Don’t nickel and dime yourself to death.

Frugal living is definitely not a new concept. But with the recent rise of movements like minimalism and FIRE, extreme frugality has taken center stage in the personal finance world.

Warren and Tyagi, however, rejected the idea of scrimping your way to wealth years ago.

“Here’s a little secret that the other financial books won’t tell you: Savvy money managers don’t spend a lot of time looking for ways to save a few pennies,” they wrote. “They charge right ahead to the big-ticket items, looking to make high-impact changes in the shortest period of time. They don’t sweat the small stuff. And neither will we.”

In fact, Warren’s 50/30/20 budget allocates a generous 30% to flexible spending such as shopping, travel and eating out, more than the 20% for saving and debt payoff. Even so, that doesn’t mean the mother-daughter duo advocate frivolous spending.

Chapter 3 is titled “Count the Dollars, Not the Pennies” for a reason. When it comes to getting your finances in shape, Warren and Tyagi advocate focusing on a handful of impactful areas rather than trying to make many small changes.

We spend too much time worrying about the price of a bottle of wine or pair of shoes instead of big-ticket items such as our homes, cars and insurance. “If you are overspending on these big monthly bills, then money is draining out of your pocket a lot faster than you can replace it by getting double coupons on your frozen vegetables,” they write.

The goal should be to get your “must haves” in order. Once you do, your budget will be in much better shape and you won’t have to worry about those items again for a long time.

3. Debt steals from your future.

There’s a reason personal finance “gurus” like Dave Ramsey love Warren: She’s staunchly opposed to taking on debt. She says that every monthly payment that goes toward debt is a claim against your future; when you pay your debt off, you open up new financial opportunities.

But unlike other anti-debt experts, Warren recognizes that living completely debt-free isn’t a reasonable option for a lot of people. She emphasizes getting rid of what she calls “steal-from-tomorrow debt” such as credit card debt, payday loans and old medical bills. Debt such as a mortgage, car loan and student loans can be considered good debt, since you’re left with an asset once it’s paid. Still, Warren and Tyagi recognize the danger of all types of debt and stress that keeping them under control is crucial.

4. Renting is OK if it’s what fits your finances.

Just a couple years before the mortgage crisis hit, when everyone else was touting the benefits of buying a home as big as you could possibly afford, Warren and Tyagi were taking a more common-sense approach to homeownership.

Even today, a common myth is that renting is akin to throwing money away since those rent payments don’t lead to owning your own property at the end of the day. Of course, Warren argues, the same would apply to your heating, water and food bills. “At the end of the month there are a lot of things you pay for that you don’t have anything to show for—nothing except that you lived your life … Rent is no different from food, but no one is suggesting you buy a cow.”

If homeownership means stretching yourself thin and living on the precipice of a financial disaster, it’s not worth it. Warren advocates buying a home only after you’ve rid yourself of steal-from-tomorrow debt like credit cards, saved at least 10% down (but ideally 20%) and found a home you can truly afford.

Considering that many millennials are ditching the idea that homeownership is the key to achieving the American Dream, it’s safe to say that Warren’s advice still holds true.

5. Your money problems aren’t all your fault ― but that’s still no excuse.

Warren has long been a fiery opponent of corruption within the financial industry. She was an early advocator of the Consumer Financial Protection Bureau, a supporter of Glass-Steagal 2.0 and remains one of Wall Street’s biggest critics.

So it’s refreshing that Warren and Tyagi don’t buy into what the personal finance industry loves to do: Place the blame for money problems squarely on the shoulders of consumers. They recognize that the banking system and finance industry as a whole are set up to keep Americans poor by design.

“In today’s world, you can get a mortgage that is too big for you—and the banks will help you do it. You can get a car lease that chews up half your income. You can wind up with a student loan bigger than some home mortgages. And as sure as the sky is blue, you can rack up credit card debt without blinking an eye, even if you don’t have 50 cents to make the payments,” they write.

In addition to personal finance advice, you can really get a taste of Warren’s platform as a politician and the types of policies she wants to enact in this book. Still, Warren and Tyagi explain that even though the system is working against you, you can still keep your finances in balance. You just have to know today’s rules.

Overall, “All Your Worth” doesn’t present any radically new ideas, but Warren and Tyagi do challenge a few beliefs held by other personal finance authors and experts. Plus, the book outlines a simple, workable way to build wealth over time. Warren promises no quick fixes, just diligence, patience and common sense, which is exactly what you might expect.