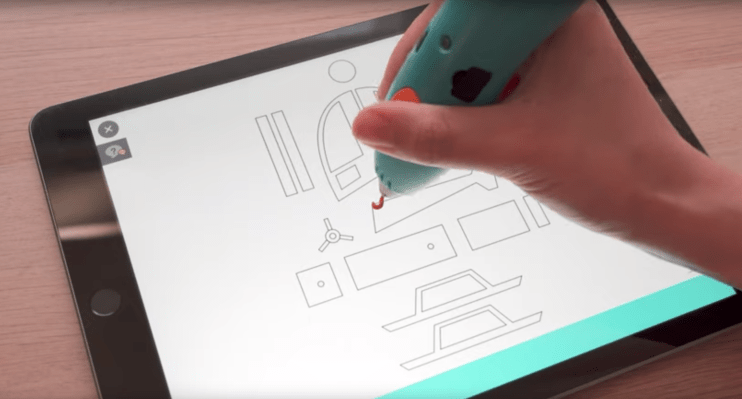 With New York ToyFair right around the corner, 3Doodler is taking the opportunity to announce its first ever mobile app. Rather than simply launching a drawing program that mimics the company’s popular 3D drawing pens, however, the simply named 3Doodler app invites users to use their hardware to draw directly onto the phone or tablet’s screen.

The app makes sense in theory, at least. Using an iPhone or iPad (or insert Android device name here) is a much simpler and quicker way to generate stencils than asking people to shell out of for paper versions.

The app features step by step video instructions, tutorials and projects than can be used to construct much larger structures. As the company puts it in its press material, “As companies continue to develop pens that encourage artist to gravitate to screens, 3Doodler’s 3D printing pens aspire to take creators away from them.”

How exposure to the hot gun and a load of plastic will ultimately effect the screen over time remains to be seen, of course. Meantime, the app is available today in the App Store and Google Play.